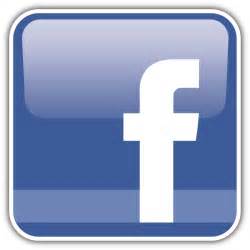 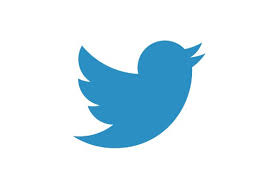 DNA testing within the framework of visa applications

Informative folder about the genetic test (or DNA test) to be carried out within the framework of family reunification procedures under the Law of 15 December 1980 on Access to the Territory, Residence, Settlement and Expulsion of Foreign Nationals

This folder provides information on the genetic test or DNA test carried out within the framework of family reunification procedures under the Law of 15 December 1980. Such information should enable the persons concerned to give their consent with full knowledge of the relevant facts. Such test is carried out – with the written consent of the persons concerned – by a genetics laboratory specialised in relationship testing and the cost falls to the sponsor (a person residing in Belgium, with regard to whom family reunification is applied for and who gives his/her consent to genetic testing).

What are the motives for genetic testing?

It may happen that the documents proving the relationship as required within the framework of the family reunification procedure (under the Law of 15 December 1980) cannot be produced. In the absence of any official documentary evidence the Immigration Service may offer to have a DNA test carried out so as to establish the relationship between the applicant (the person in the country of origin or of legal residence and who applies for family reunification) and the sponsor (the person residing in Belgium, with regard to whom family reunification is applied for and who gives his/her consent to genetic testing). The DNA testing is a way of establishing a biological relationship with a degree of certainty approaching 100 % through the testing of the three relevant family members, i.e. the alleged father and mother and the child.

How is the test carried out?

The DNA is obtained from the blood cells present in the blood sample. The collection of the applicant’s blood sample abroad is organised by the Belgian diplomatic or consular representation. The collection of the sponsor’s blood sample in Belgium is carried out through the Genetic Fingerprint Laboratory of Hospital Erasme (of which the contact details are mentioned hereafter), designated as pilot laboratory to carry out the DNA tests in accordance with the provisions of the circular letter relating to the establishment of biological relationships, when a family reunification procedure is initiated under the Law of 15 December 1980 on Access to the Territory, Residence, Settlement and Expulsion of Foreign Nationals.

The collection of blood samples is not painful nor harmful to health.

The collection of the blood samples shall only take place after we have obtained your written consent as well as that of the adult members of your family. For a minor the written consent of the parents, or of his/her legal guardian, or of the alleged parent with parental responsibility shall be required. As far as foreign unaccompanied minors are concerned a guardian shall have to be appointed before the genetic test can be carried out.

The identity of the individuals tested shall be ascertained on the basis of the documents available and of a digital/polaroid photograph.

After having filled out Annex 3 (Sponsor’s consent form for genetic testing) at the Immigration Service, the sponsor shall pay the corresponding amount (i.e. 200 euros per individual tested) onto the account of the Genetic Fingerprint Laboratory of Hospital Erasme (No. 001-0615141-43) and state the file reference number at the Immigration Service in the “message” field.

After having made the payment the sponsor shall transmit a copy of the proof of payment to the Immigration Service to inform this agency that the test is going to be carried out. The Service shall then initiate the procedure for samples to be taken in the country of origin. When the Genetic Fingerprint Laboratory of Hospital Erasme has received the samples it shall contact the sponsor by telephone in order to schedule an appointment.

On the day of the appointment the sponsor shall appear at the Blood Sample Collection Site of Hospital Erasme with all available official administrative documents (identity card, alien registration card, certificate of registration, declaration of arrival, passport, annex 26, school attendance certificate, etc…) and the proof of payment.

Later stages of the procedure

The Immigration Service shall inform the sponsor of the DNA test results and shall take a decision on the application filed within the framework of family reunification. The test data shall be used only for the purpose of this procedure and shall be kept as a precaution at the competent laboratory should additional testing be needed.

No rights may be derived from the content of this folder.
Immigration Service, 2003.